Sunrise on the river in Varanasi this morning..   Then checkout and on to Sarnath, home of many Buddhist temples –  as it is reported to be the location where Gautama Buddha first taught the Dharma (@ 560 BC) in what later became Deer Park. 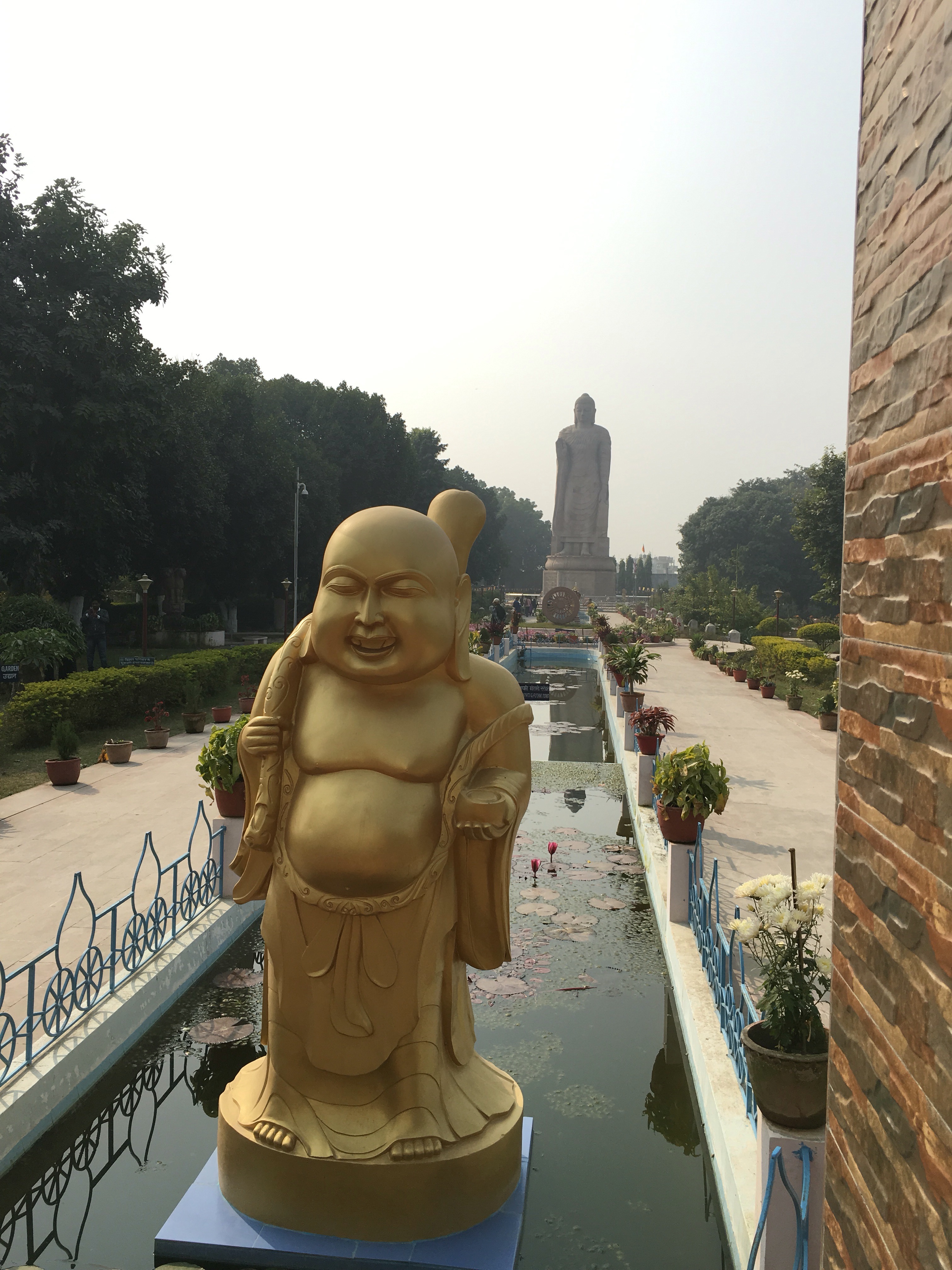 Unfortuately our flight was delayed as were any other we might have transferred to, leaving us stuck at the airport for quite a few hours.  We met a really nice business man and his son from Calcutta and then a couple from Detroit.  Enjoyed sharing travel stories with each of them while having a Kingfisher or two.